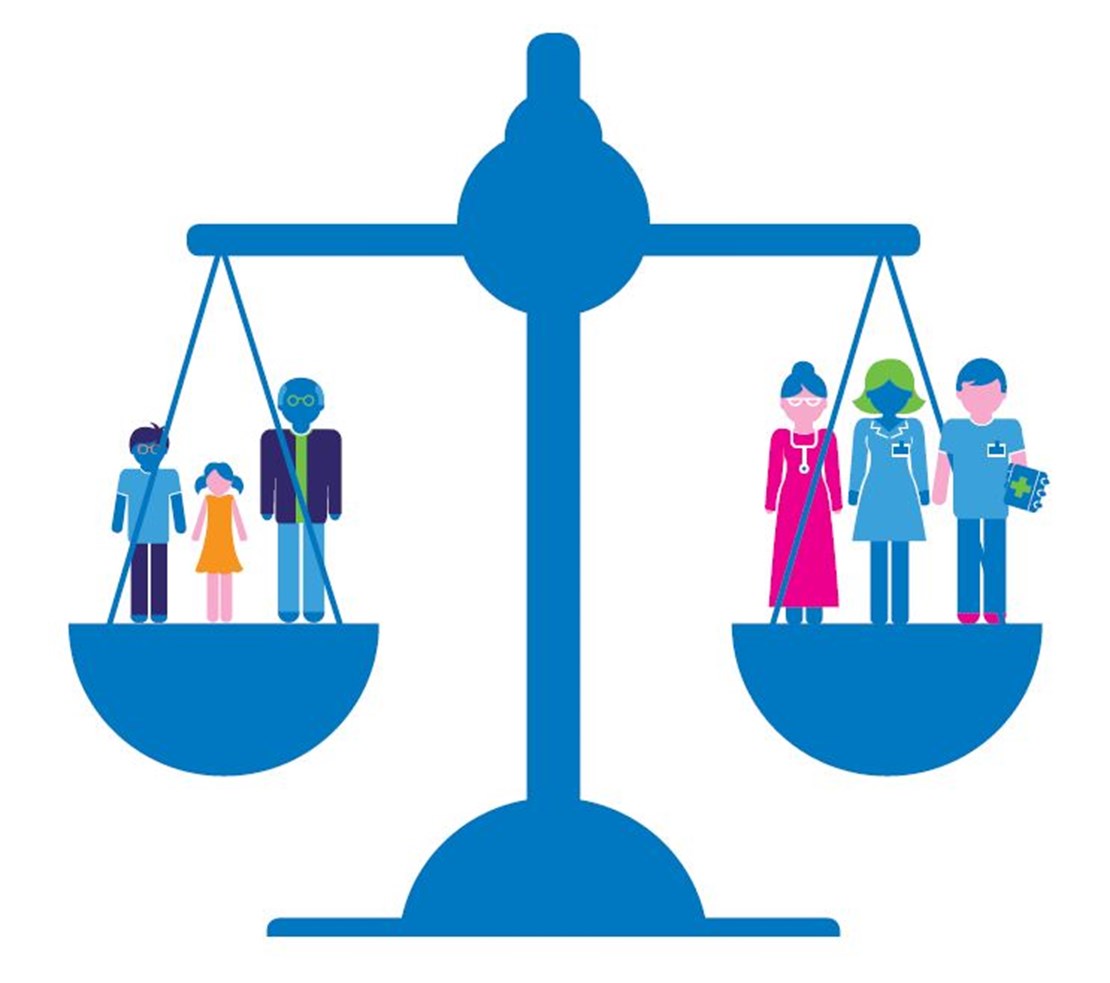 With a challenge as broad and complex as this, healthcare systems need a clear understanding of health inequalities, how and what we will measure, and where we will focus our attention. This has been at the centre of some recent work for the NHS in the Midlands, resulting in a dedicated health inequalities dashboard to help to inform targeted interventions in the region.

What are health inequalities?

Health inequalities are the observable difference in health experience and outcomes between different groups. Although we refer to health inequalities, what we are really interested in is health inequities – differences that are avoidable and unjust. For example, the health outcomes between those aged 25 and those aged 85 are different, but not necessarily unjust. Many of those differences will arise through the unavoidable fact that human health tends to deteriorate as we age. Health inequities are differences in health experience and outcomes caused by avoidable barriers such as poverty, isolation or poor access to education.

The wealth of data available within the NHS, and the increasingly advanced models and systems we use to analyse that data, can feel overwhelming. However, strengthening the understanding of health determinants and outcomes measurements across the health system is essential if we are to pinpoint areas where proactive health interventions will have maximum benefit – and share that learning across wider geographies.

The life course model looks at cultural-behavioural norms and choices, psychosocial stresses and materialist aspects including socioeconomic status, all of which recognise the impact of factors outside of healthcare on health inequality.

To some extent, race and ethnicity are markers of genetic differences across groups. But recent studies have shown that racial and ethnic differences in health are more likely to result from non-genetic sources, such as differences in behaviours, access to care, social and cultural norms, occupation, and discrimination.

By contrast, the link between socioeconomic status and health outcomes has been shown to be universal - it can be seen through low, medium and high-income countries, and through the societies within those countries. Put crudely, the wealthier you are, the more likely you are to enjoy good health for longer. As we age, however, differences in outcomes between socioeconomic groups diminish.

These examples show the broad and complex spectrum of determinants that affect health outcomes – the challenge is to work together to refine this into a clear, workable set of indicators that will enable health systems to identify where to put additional resources and track the impact of new interventions.

Agreeing a set of indicators at regional or system level requires compromise. NHS organisations need to focus on those which have both a health determinant (e.g. deprivation levels) and an accessible, measurable health outcome. Health outcomes typically fall into one of three categories:

Our work in the Midlands saw stakeholders working together to review and validate over 100 measures, rating them on markers such as relevance and impactability, before agreeing 25 robust, measurable indicators that will be used to plan interventions.

The NHS Midlands Inequalities Report is still a work in progress, but already we are seeing its potential. For example, it shows that the burden of diabetes is more than two times more prevalent in the Black and Asian population in the Midlands than in the White subgroup, which could lead commissioners to invest more resources in initiatives specifically for that subgroup.

Regional data can also be used to demonstrate variations in national markers and identify local funding needs. For example, alcohol related admissions are approximately seven times higher in the most deprived population in England, but ten times higher in some STPs in the Midlands.

Given the early stage of this work, these are just a couple of examples of the benefit of clear data highlighting areas of need. As understanding of health inequalities at regional and local level evolves, analysing determinants and their consequences will help commissioners identify priorities and develop interventions that begin to tackle the avoidable and unjust inequalities in health experience and outcomes at all levels of the health and care system.

This blog was originally written for Healthcare Leader and can be accessed here.

As Senior Health Economist at Arden & GEM, Ana specialises in the practical application of advanced analytics including econometric and financial modelling techniques and economic evaluations. With a strong academic and technical background, Ana has designed and developed approaches to population health analysis, including an award-winning segmentation model. Ana is an MSc graduate in Health Economics with experience of working within both the public and private sector in advanced analytics, consultancy, and R&D.